OXFORD ENTREPRENEURS OF THE BAY

We have moved to a virtual meeting format. Future events will be announced shortly.

If you would like to speak at an upcoming meeting or suggest a topic, please contact Austin at austin.hwang@oxfordentrepreneurs.net.

To receive updates on Oxford Entrepreneur events in other cities in North America please subscribe for updates.

(CURRENTLY WE HAVE A VIRTUAL MEETING FORMAT)

As always, a sincere thank you to our hosts and sponsors:
Womble Bond & Dickinson & Vantage Point Capital Partners

How should startups operate under current COVID19 pandemic?

Open to the Oxford Entrepreneurship Network hosted by OEB

Ash is an entrepreneur turned pre-seed investor. He is the Managing Partner of Sterling Road, a venture fund focused on pre-seed stage B2B companies. He is currently an advisor to Bullpen Capital and previously worked at Trinity Ventures. Ash has mentored hundreds of startups through accelerator programs including Y-Combinator, Techstars, Alchemist, and universities such as Stanford, UC Berkeley, and Oxford.

Before investing, Ash was Cofounder and CEO of SendHub (acquired: Cameo Global, Y-Combinator W12) and Director of Ranking at Klout (acquired: Lithium). Ash earned a Masters in Computer Science from Oxford, served as an Officer in the British Army, and currently resides in San Francisco.

Rich Gilman is a licensed child and clinical psychologist. He received his Ph.D. from the University of South Carolina in 1999, after which he served on the faculties of Georgia State University (1999-2002), the University of Kentucky (2002-2007), and the University of Cincinnati Medical School (2007-2018), with a joint appointment at Cincinnati Children’s Hospital Medical School (CCHMC). Previous administrative experiences include serving as Director of Psychology and Special Education and Director of School-Based Mental Health Programming (CCHMC) and Director of the PTSD program (UC Medical School). These positions involved direct oversight of over 50 staff, clinicians, and researchers, and budgets that exceeded $5 million. Dr. Gilman is a Fellow of the American Psychological Association and the International Society of Quality of Life Studies. He has published over 100 peer reviewed papers on factors that best predict optimal mental health, academic and behavioral outcomes across the lifespan, and his work has been formally recognized by the American Psychological Association. Dr. Gilman has garnered over $8 million in external funding over the past 6 years for his research. He is an International Research Fellow at Harvard Medical School. Dr. Gilman received his MBA in 2018 from Oxford University (Kellogg College), after which he stepped down from his positions to serve full-time as President of Terrace Metrics, Inc.

Terrace Metrics was created in response to schools’ desire to understand the behavior health status of their students-but not having the tools to do so. Terrace Metrics contracts with school districts to administer a comprehensive behavioral health tool that quickly identifies and prioritizes students to receive services and supports. The tool assesses the strongest predictors of interpersonal and intrapersonal functioning, both of which are vital components of current and future academic success.

These results are accompanied by empirically-based and easy to use curricula for improvement or intervention (where necessary). Two-year data on over 55,000 students finds that the information provided is both easy to access and understand and has been highly utilized by schools and parents. The process is efficient (requiring little of school resources) and financially sensible for school districts.

We will devote up to half an hour to our Robin Robin, where each participant who wishes to do so will be given 30 to 45 seconds to introduce him or herself by: discussing his or her professional background and specifically stating a request (if any) for a way the group could help him or her. This event is limited to 45 participants.

Open to the Oxford Entrepreneurship Network hosted by OEB

We will devote up to half an hour to our Robin Robin, where each participant who wishes to do so will be given 30 to 45 seconds to introduce him or herself by: discussing his or her professional background and specifically stating a request (if any) for a way the group could help him or her. This event is limited to 45 participants.

West Tenth is a marketplace where you can find the women in your community who’ve turned their talents into home-based businesses. Discover crafted services that are just around the corner – from home organizers to custom bakers, seamstresses, florists, party planners, and more.

Lyn Johnson is the founder of West Tenth, a marketplace for finding the home-based businesses in your community. She began her career at PwC in New York in their banking and capital markets division and later moved to the west coast to become the CFO of Locus Financial in Santa Monica, CA. In 2017, She left her CFO position to attend graduate school at the University of Oxford where the idea of West Tenth was born. She has three little boys and lives in a small farming town between L.A. and Santa Barbara where her little ones are free to roam.

Roy Bahat (@roybahat) is the head of Bloomberg Beta, an early-stage venture firm backed by Bloomberg that invests in startups making work better, with a focus on machine intelligence. Roy is a commissioner on the California Governor’s Future of Work Commission (following work he did with think-tank New America to understand the 10-20 year future of work and automation in America). He’s a lecturer at UC Berkeley, was the founding chairman of OUYA, a Kickstarter-backed game console, and former president of IGN Entertainment. He was named one of Fast Company’s Most Creative People in Business, and has served in government and led a non-profit in addition to his work at established corporations and day zero startups. Roy graduated from Harvard College, where he ran the student public service nonprofit. He was a Rhodes Scholar at Oxford University.

The COVID-19 crisis presents a unique challenge for networking organizations like ours. In this light, we’ll be trialing a new format at this event, the first in our Virtual Networking series.

Patrick is Managing General Partner of Xfund. Prior to Xfund, Patrick was a partner at NEA and led the firm’s consumer and seed investment practices. He is a director of 23andMe and Philo, and is actively involved with Guideline, Halo Neuro, IFTTT, Landit, Nebula Genomics, NewtonX, Rock Health, ThirdLove, and Zumper. Past investments include Kensho (acquired by S&P Global), Pulse (acquired by LinkedIn), Segment, Plaid, Loopt (acquired by Green Dot), GoodGuide (acquired by Underwriters Laboratories), Ravel Law (acquired by Lexis-Nexis), Xfire (acquired by Viacom), and Xoom (NASDAQ: XOOM). Prior to joining NEA, Patrick helped to grow ZEFER, an Internet services firm (acquired by NEC) to more than $100 million in annual revenues and more than 700 people across six global offices. Prior to ZEFER, Patrick was with McKinsey & Company, where he specialized in hardware, software, and services companies.

Patrick received a joint JD-MBA degree from Harvard Business School and Harvard Law School, where he served as an Editor of the Harvard Law Review. Patrick was a Commonwealth Scholar at Oxford University, where he earned a Master of Science degree. Patrick earned his A.B. degree at Harvard College in Environmental Science. He is a member of the New York and Massachusetts bars, was an elected director of the Harvard Alumni Association, and a member of the Committee to Visit Harvard College. He is also an Associate of the Creative Destruction Lab at the University of Toronto.

Founder of spotivity, a double-sided marketplace that not only supports after school programs to increase enrollment and participation rates but also enables kids and their parents to make the best decisions about how to use time outside of school hours. spotivity removes key logistical barriers to entry and promotes positive networking opportunities while providing a platform for marketers to engage with a key demographic market. This self-sustainable dynamic app will ultimately evolve into a lifestyle/social tool and grow in importance as the user ages.

Montana has appeared on CBS Nightly News, been featured in the NYTimes, has twice been interviewed on iHeartMedia, and was a 2017 TEDx speaker (IE University). Montana has an elite sporting background (is a member of Oxford University Boat Club, was a participant in the annual Oxford Vs. Cambridge Boatrace, and was a National Team trialist) and was once a radio DJ.

Montana is a Founders Institute graduate, holds a BA from University of Pennsylvania (PPE Major), an MBA from IE Brown, and has attended programs at Oxford University (read Education Research) and the Kellogg School of Management (Executive Leadership). Montana was featured in Enterprising Oxford discussing some of his passions and was also featured in Quad magazine. 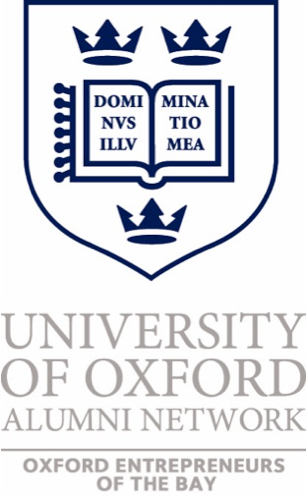 We thank our host Greg Heibel!

We will have 2 pitches.
STAY TUNED FOR UPDATES! 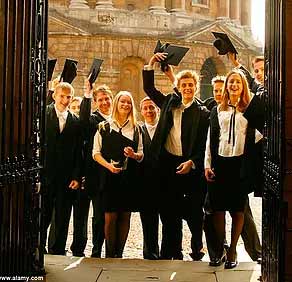 ​​We will be welcoming a distinguished guest speaker, as well as
sharing updates on OEB expansion plans and Oxford Angel Fund
investments. Since it’s a more social event – dinner and drinks
provided – we will break from our traditional format and have no
pitches.